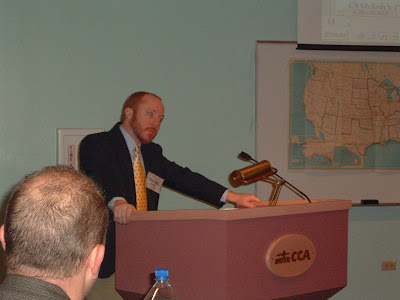 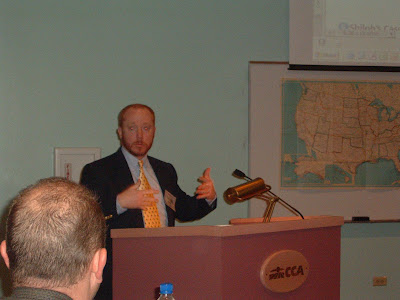 The second speaker of the day was Tim Smith. Not to slight any of our other fine speakers but this was the presenter I was most anxious to see. Tim is a former Shiloh ranger who I’ve bumped into a few times before at the park, I’ve enjoyed all of his books and he was talking about my favorite battle to study. He did not disappoint.

Basically Tim talked about the “battle after the battle,” the historiography of Shiloh. This is the sort of thing I love and I was worried that others might find it not as interesting. But the few people I’ve talked to about this so far liked it, it was not the normal for them. They adapted well to a Shiloh talk that was not about the movements of regiments and batteries.

He laid out that there are four main schools of Shiloh historiography. The first is the veterans school and it started as soon as men had a chance to sit down and talk about what happened that day. This school lasted into the 1890s when the number of veterans dwindled.

The second school began with the formation of the park and the appointment of David W. Reed as the first historian. This is when the first mentions of the Hornets’ Nest emerge at all and it will soon grow to legendary status as, perhaps, the most important part of the battle. Reed’s regiment fought in the Hornets’ Nest which would explain why Reed put more emphasis on this than any previous author. This school dominates current thinking and Tim brought up the story that at the Visitor’s Center are two large maps (made by Reed) that visitors can touch and the spots that Reed emphasized have been touched so often that they have been rubbed off the map. Next time I’m there I’ll be sure to check this out. The spots are Shiloh Church, Pittsburg Landing, the Hornets’ Nest and the Sunken Road.

The third school Tim called the Johnston/Sword school. To this school the death of Johnston was the most important event of the battle. Wiley Sword’s book came out in the 1970s and he recently revised edition spends a great deal of time trying to determine conclusively where Johnston was killed. Long story short, Sword believes its much farther north than where its marked at the park. I’m not convinced and I got the impression that very few others agree with Sword.

The final school would be revisionist. This first appeared in the 1960s with Cunningham’s dissertation but it remained largely unread until recently (in an edited version by Tim and Gary Joiner). The first published book in this school would be Larry Daniel’s. This school is still developing but it is reevaluating the other schools and putting more emphasis on events in other locations, like what Sherman and McClernand accomplished on the Union right.

If I had to guess (and I should have just asked the question but didn’t think of it then) I would say that Tim is of the revisionist school. I think he’s willing to accept parts of Reed and Johnston’s school but feels that their emphasis is not the whole story.

My apologies that our roundtable's president's head sticks into the photo. I wanted to move into the aisle to take pictures, but didn't want to disrupt the presentation at all.
Posted by Nick at 3:44 PM